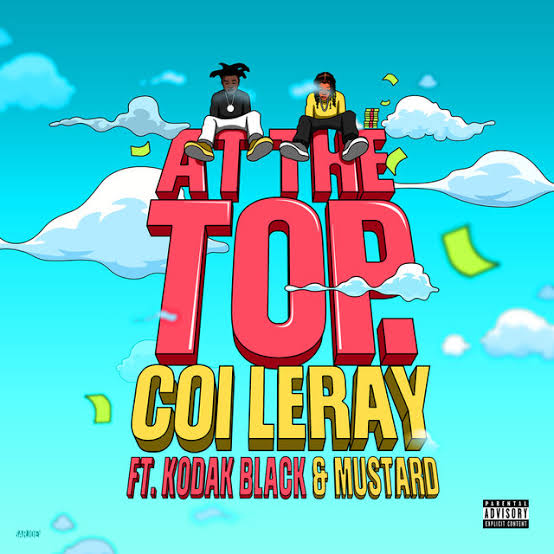 Coi Leray has established herself as one of hip-hop’s most popular new artists, having recently secured a position on the XXL Freshman Class of 2021. Though some haven’t quite gotten on board with the distinctive melodist, many have become endeared to Leray’s personality and unique voice, to the point where her breakout single “No More Parties” has already gone platinum. She began posting music to SoundCloud, releasing her breakout single “Huddy” and her debut mixtape Everythingcoz in 2018 after quitting her job. She has been red-hot in 2021, as she’s been one of the biggest breakout stars of the year. The New Jersey native has also put out consistent hits, such as “No More Parties” remix feat. Lil Durk, “Big Purr” feat. Pooh Shiesty, “Bout Me,” and now, is getting ready for another one.

Now, Leray continues to keep the momentum going, carrying on her tradition of connecting with rappers for her upcoming single “At The Top.” Having recently linked with Pooh Shiesty on “Big PURR,” EarthGang on “Options Remix,” and Dave East on an unreleased track, Leray has officially teamed up with Kodak Black and Mustard for her next big release.

This Friday, June 25th, the unexpected trio will be dropping off “At The Top,” a single presumably set to appear on Leray’s upcoming album. It should be interesting to hear how the pair play off of one another, as Kodak has typically shied away from the mainstream sound since his release from prison. Perhaps Leray will be the catalyst for his return to the charts, a place with which she’s becoming increasingly familiar. Look for “At The Top” to land at the end of the week, and sound off if you’re excited to see what Coi Leray, Kodak Black, and DJ Mustard have concocted.

Kodak Black gained initial recognition with his single “No Flockin”, released in 2014. His debut album, Painting Pictures, peaked at number 3 on the US Billboard 200 and included the Billboard Hot 100 top ten single “Tunnel Vision”. Coi Leray gained initial buzz from her 2017 track titled “G.A.N” and 2018 track “Pac Girl”. The two songs were later surpassed by 2018 song “Huddy”. She released her debut album Everythingcoz on March 30, 2018 and also she is the daughter of rapper Benzino and the sister of rapper Chavo.

The female rapper, has just taken to social media to reveal that her new single, “At The Top,” feat. Kodak Black and Mustard, will be out on Friday, June 25. Coi also took to Twitter to voice her confidence in this record being able to hit platinum status. Three days, ago Coi also shared a short snippet of the song, where she is seen in her car, vibing to it. Coi has been very consistent this year, and At The Top may be another record that’ll reach the Billboard Hot 100 chart.

The Killers – In Another Life

Halsey – If I Can’t Have Love, I Want Power (Album)